I tip my tiny burlesque top hat to you, Bettie Page.

Page, risen from poverty and trauma, grew up to ignite her own successful career and a sexual revolution. Charged multiple times with indecency, her battle cry, “I’m not indecent” dared to elevate women’s naked bodies, no longer impure or passive-and-possessed.

Tori Rodriguez’s fantastic article in The Atlantic, “Male fans made Bettie Page a star but female fans made her an icon” takes a good look at Page’s life, career, icon-status, and the upcoming film Bettie Reveals All. http://www.theatlantic.com/entertainment/archive/2014/01/male-fans-made-bettie-page-a-star-but-female-fans-made-her-an-icon/282794/

“…Bettie Page Reveals All, a new movie about her life, is the first film to tell her story in her own voice—in fact, she’s the narrator. Based on a series of interviews with Academy Award-nominated director Mark Mori several years before her death, the film recounts how—despite a childhood in Nashville, Tennessee rife with neglect, sexual abuse by her father, and extreme poverty—she managed to graduate at the top of her high school class, earn a college degree, and forge her own career. Page also reveals details of her struggle with paranoid schizophrenia, which included 10 years spent in a psychiatric hospital after abandoning her modeling career….” –excerpt from The Atlantic

“I’m not indecent!” frees Page from the role of victim as well– sexual abuse tells the survivor that there is something wrong with his/her body and that his/her body is solely for someone else’s pleasure, yet Page goes on to confront sex and sexuality not as an object, but as a career woman of agency and sex-positive expression.* That’s not to say she didn’t suffer. We know she did. That’s not to say that burlesque and modeling are always routes to empowerment and healing. We know they aren’t. And still, I can’t help but see Bettie Page’s career as a giant “fuck this noise” to sexual repression and the oppression of women. Her icon-presence radiates strength, even when she’s “hog-tied and gagged.” We still look to her for pin-up power-ups.

“‘Bettie’s female fans often feel a deep emotional connection with her, which I think says a lot about the rigid expectations women still face,’ Mori says. ” –excerpts from The Atlantic

And so, my refrain: I tip my tiny burlesque top hat to you, Bettie Page. Live on in glory. 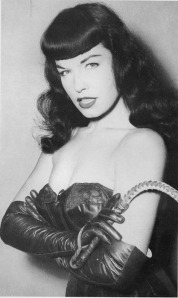 *If you’re interested in sex-positive empowerment for sexual trauma survivors, you may want to check out Healing Sex: A Mind Body Approach to Healing Sexual Trauma by Staci Haines.

Solax, or oath-swearing is an interesting can be humorous and informal or deeply serious and ritualistic. Learn more about it here on ROMBASE: didactically edited information on Roma. http://ling.uni-graz.at/~rombase/cgi-bin/art.cgi?src=data/ethn/belief/oath.en.xml

For the record, The Corner House in Cork City, Ireland is my favorite pub, or God grant that I will die in that pub in front of the fire place with a lovely hot port on the tree-slice table before me. 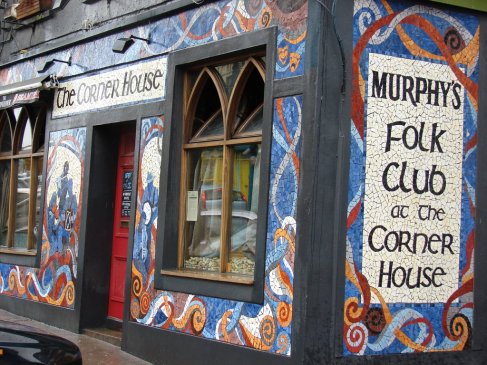 A fantastic article on Romani Americans by Nina Strochlic