This is the story of the first time I stepped inside a caravan and spent the night, the antigypsyism that met me at the estate, how my grandmother’s family settled in Nazi Germany, and why fortune-telling is an enduring family trade. It’s all related. 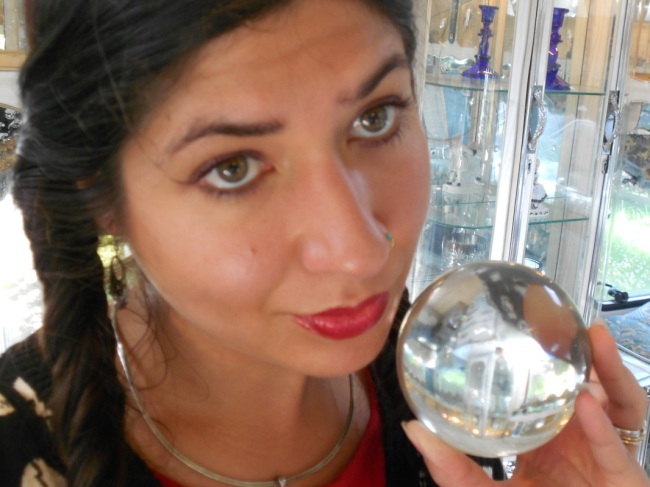 Thank you so much, Quail Bell Magazine, for giving me the space, support, and energy to explore this for Roma & Traveller History Month. I love writing for you.

Inspired by the UN’s powerful campaign to spread awareness of sexism using Google’s auto complete search function, I did an experiment using the word “Gypsies” instead of “women” to take a look the mark of antigypsyism on the Internet. This is what I found: “Gypsies should be shot… Gypsies should be killed… Gypsies should die.” I decided to create an image in the spirit of the UN Women campaign to promote the Roma Rights movement and to shed light on what it is that we, that is, every humanitarian, is fighting against.

Which brings me to this: in the midst of this painful show of hatred, I need to acknowledge my many, many wonderful, loving friends who care about human rights for everyone. Y’all make me so happy about the world. I’m so glad you’re with me.

Since I posted about my great-great grandmother I’ve been thinking about the complicated issue of fortune telling and how, in that sense my family is an anomaly.

The author of the STFU, Gadje! tumblr puts it very succinctly:

“Gypsies – Rroma and real Traveller people – do not have psychic abilities. We are real people, not caricatures. When a Rroma/Walking Person does resort to fortune telling, it is as a person of color being forced to conform to racist stereotypes of their own people in order to survive.

This happens disturbingly often. My own grandmother did tarot readings with gadje for money when times got tough, but she always told me, if she caught me doing anything similar, she would tan my own hide.”

So this is a more common response to the fortune-telling business. It’s usually common-sense advice for money in hard times, done out of necessity under the shadow of oppression.

For my family, it’s a little different. During WWII Germany, my grandmother was not allowed to talk about or practice so many of her heritage’s customs, but every Sunday afternoon, her extended family would come over and read each others’ tea leaves. It became not only a connection with her family during dark times when everything was uncertain and the threat of death and torture was ever-present– it was also one of the few glimmers of her culture that she was allowed to practice. It was discreet, so even if an officer did burst in, they were just drinking tea, right?

Perhaps reading tea leaves, palms, and cards made my relatives feel more in control of their lives, or more aware, during an unspeakably frightening time. It became so important that they practiced it with a seriousness that most other Romanies would balk at. They would meditate before reading, allowing their minds to empty so as to be more receptive. They would stare at the dregs in a cup, the lines of a palm, or a card spread as though it were a mandala and would not speak until the shapes unlocked before their eyes. After my grandmother immigrated to The States, she became notorious for her eerily accurate readings. All that meditation must have paid off, is all I’m sayin’.

My grandmother taught me to read palms when I was five, and then cards and tea leaves when I was sixteen. It was important to her that I knew how to read, really read, that I practiced the art responsibly. She told me it would always be a helpful skill, and she was right. I worked as a fortune teller for years, and enjoyed it, and a lot of my clients felt I was accurate in a helpful way, not in a terrifying carnival-machine way. And as it was for her, fortune telling became one of the most salient cultural practices for me, along with dance and music. It also became one of the most cherished memories I have of her, and it’s something we still do together when I visit. But I understand that what is a “cultural practice” for me is a practice of necessity for others and a source of great sadness, shame, and desperation. It would be irresponsible not to acknowledge that. I’m trying to navigate the complexity and richness of this topic with the main character of the novel, too.

With that said, check out STFU gadje! which is not at all aggressive as the name might suggest. She has some interesting posts and helpful tips about cultural appropriation, misrepresentation, conscious language, etc, for example, why you shouldn’t name your pets “Gypsy.” Funny story though, my grandmother named her horse Gypsy for a laugh when she was younger. She’s a proto-hipster, I’ve decided. So much ironic reappropriation, and then some earnest reappropriation, too. And we all know that the mark of a good hipster is when you are unable to tell the difference.

To be fair, horses are very special creatures in Romani culture. But yeah, don’t name your pets Gypsy, unless, I suppose, you’re a Romani hipster and will enjoy explaining the reappropriation to everyone your pet meets. In that case, go forth and be ironic!

Every culture is made up of individuals.

* Gadje isn’t a derogatory term, it’s just a word for people outside the culture (non-Romani people).

* I know people who have named their pets Gypsy and in no way meant to be hurtful or offensive, they just didn’t know not to. It’s ok. I still love you.