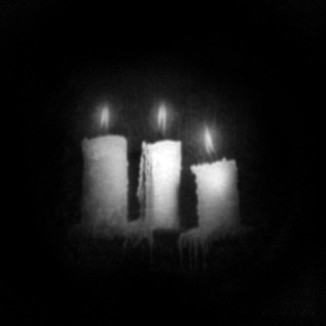 This is so cool to say– Haunting Poetry featured my two poems coming out the anthology Political Punch: Contemporary Poems on the Politics of Identity, “Transfiguration of the Black Madonna” and “Murder and Tradition,” in their haunting poetry round-up. Thank you so much for the support! I’m very touched that the good people of HP feel like I’m haunting their souls. That’s all a creepy writer wants to hear.

You can pre-order Political Punch, released by Sundress Publications, here! 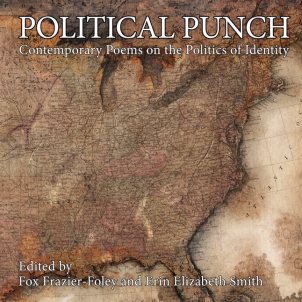 I am so honored to appear on the list of glittering contributors to this anthology
Political Punch: Contemporary Poems on the Politics of Identity, released by Sundress Publications. My two poems dealing with Romani (Gypsy) subjugation and spirituality, “Murder and Tradition” and “Transfiguration of the Black Madonna” were part of the “Political Punch” series that the book was born of, originally curated by Fox Frazier-Foley and published in The Infoxicated Corner of The The Poetry Blog. Both the original series and the anthology of the same namesake, Political Punch, feature a number of political poems addressing various aspects of identity, including gender, sexuality, ethnicity, socio-economic class, and beyond by a diverse array of poets.  The need for this series was in direct response to critic Juan Vidal, and Frazier-Foley explains why in her preface.

On September 5, 2014, NPR ran an essay by critic Juan Vidal titled, “Where Have All the Poets Gone?” which suggested that American poets no longer write political work. Because I find this assessment of contemporary American letters to be very incomplete, I wanted to take the opportunity to create a dialogue on the subject by curating a series of compelling political poems from contemporary American poets. I christened this series “Political Punch” as an affectionate reflection on the cocktail of poets who decided to honor me with their participation in my little Infoxicated Corner; it was intended to celebrate the glorious mix of poetics, voices, and life experiences all being shaken and stirred into a sense of community and conversation, being distilled into burning gulps of experience for the reader. Leaving aside all the boozed-up metaphors, it was also intended to celebrate my experience of American letters, in all their willingness and ability to pack a political punch.

And now you can pre-order the anthology here and steep yourself in pages of contemporary political poetry!

I want to give a big, heart-soaked thank you to the anthology’s editors, Fox Frazier-Foley and Erin Elizabeth Smith, who worked so hard to collect and feature all of these poets, and to my fellow contributors who have written such marvelous and important work. I feel very lucky to be among them.

Here are my poems from the Political Punch series/anthology:

(Excerpted from the novel-in-progress, Zenith)
Black Madonna, full of snakes, let your crescent down. Wield the sickle, rush the milk, and salt the serpents’ mouths. Golden bangles, black milk snakes—these adorn your arms. Blue sky cloth cut for (you) Sarah, Sarah Black, Madonna Shadow, cut for goddess saint of wanderers, cut predestined, cut of chaos, cut the star palm bowls. Slip the feathers under scales and reform the body whole. You were a slave who sailed the chasm, sailed the sea and sun. Persecution sprang a river from the monster: milk, and spit, and blood. In the monster lived a woman and the woman’s soul—you wore her face and wore her tresses spun from black snake gold—golden teeth and golden brow, golden tail and root. The milk snakes split their nests and fled and now your mouth is ruined. There is no birth, there is no death, there’s only mutant growth, and milk snakes dyeing Sarah’s skin with heaps and heaps of gold. There is no sickle, there is no moon, there is no blood or salt. There’s only Sarah sailing through the dream in which she’s caught.

Violetta and Cristina, Gypsy girls
selling jewelry on the strand
were led into the sea, and screamed
until they drowned. Waves rolled the bodies in;
lifeguards laid them on bright towels
in the sand. 70 indifferent bathers ate sandwiches,
unwrapped their sweets, chatted, sipped
soft drinks beside the sopping corpses
on Torregaveta beach, near the “Gypsy camps”
in Naples, torched the previous week.

Those Gypsy girls would not have swum
where modesty forbade, but Italian authorities
waved off the darker plots, blamed the Gypsies
instead, the way they often do—
for centuries it’s been the light
by which gadjé strike their match,
soak handkerchiefs in kerosene, lob the bottles at grieving families
and thus disperse their need.

I’ve been honored to have three poems about childhood sexual trauma appear in Luna Luna Magazine, a favorite ezine of mine (and sister publication to Quail Bell Magazine). These poems are the first to be published from a series on trauma that I’ve been working on for many years. I’m putting together the manuscript alongside the novel I’m working on about Coco, a half-Romani (Gypsy) dancer and fortune teller at a Parisian circus who becomes a Nazi hunter. Coincidentally, the novel will contain a few poems. I’m so motivated to finish both projects within the next year. A large part of that is due to the warm reception that these poems have gotten– I couldn’t be more grateful or more touched. Many thanks. And a big thank you to Lisa A. Flowers, founder of Vulgar Marsala Press and author of diotomhero, who solicited me. I also got a lot of good advice about writing trauma poetry from Erin Belieu, Florida State University professor and co-founder of VIDA: Women in Literary Arts, and I so appreciate her help and encouragement. Check out Erin’s latest book Slant Six, and its starred review in Publisher’s Weekly.

You may know Luna Luna for their powerful feminist content, their fierce leader Lisa Marie Basile (Apocryphal), their cutting edge poetry and fiction, and their articles and features on alternative spirituality, the occult, and beautiful cultural practices from all over the world. One of my new favorite things is their Poescopes, that is, poetic horoscopes by Fox Foley-Frazier (Exodus in X Minor), curator of The Infoxicated Corner of The The Poetry Blog. P.S. I have some poems about Romani rights and mythology in the Infoxicated Corner as part of the Political Punch series.

So here’s the link for “In the Oven,” “Night and Night,” “Gulls Calling Over Corcaigh” in Luna Luna Magazine. http://lunalunamag.com/2014/11/03/poems-jessica-reidy/

Thank you for reading, readers. I feel fearsome and strong, and I’m writing like a demon. I was a demon for Halloween, by the way. 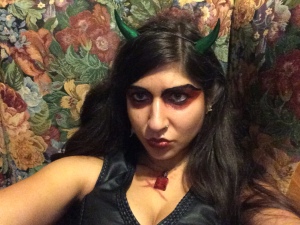 Click the demon to read the poems, I dare you.

I don’t know if you read Juan Vidal’s NPR essay “Where Have All The Poets Gone?”— it’s a smart, well-intentioned lament of the lack of American political poetry since the Beat Poets. Many readers, myself included, respectfully and optimistically disagree. Perhaps, since all of the poets he mentioned were white men, Vidal’s scope was too small, because it seems to me that political poetry is thriving on the voices of the systemically oppressed rising-up. But I think Vidal and I both agree where it really counts– we need more political poetry in America and we need more people to read it and care.
In response to Vidal’s essay, Fox Frazier-Foley curated “Political Punch.” It’s a week-long series of diverse American political poets, featured at The The Poetry Blog in The Infoxicated Corner. The poets included thus far are CA Conrad with a poem about LGBT representation, Anne Barngrover with a poem about the rape of Daisy Buchanon, and Christopher Soto (aka Loma) with a poem about the need to revolutionize the prison system. These poets, whom I am honored to be listed among, are a reflection of the many types of poets who write their art and politics, who speak up, shake it up, and rise up. Vidal, by the way, has been very supportive of the endeavor and extremely kind.
Here’s the link to my Opre Roma-style political poems “Murder and Tradition” and “Transfiguration of the Black Madonna” http://www.thethepoetry.com/2014/09/infoxicated-corner-political-punch-poems-by-jessica-reidy/ “Murder and Tradition” is inspired by real events that transpired in Italy— Roma girls Violetta and Cristina really did drown, and that camp really was torched– it’s all too terrible. And I wrote “Transfiguration” at the Cambridge Writers’ Workshop Yoga and Writing Retreat, so all those craft talks, workshops, and inspiration exercises paid-off! It’s about the Romani Goddess/Saint Sarah (Kali Sara), and the non-Roma’s mythology of the Romani people. Click here for more about the Romani Goddess. 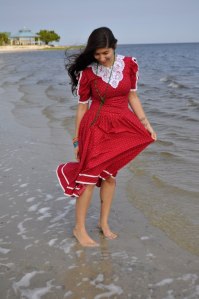